EMPTY COMMITMENTS:
Lawyer Marina Mijatovic said she took the case to the European Court of Human Rights after city authorities failed to respond to a local court ruling

The Serbian capital is once again buzzing with nightlife after more than a year of restrictions linked to the COVID-19 pandemic. Cafes, bars, and entertainment-hungry patrons are celebrating a summer boom in business and entertainment options, but the loud music and other accompanying noises are a failure for the people of Belgrade.

Since the onset of warm weather and the easing of pandemic rules, Nemanja Dragic, 36, said he couldn’t open his balcony door without a thunderous cacophony breaking into his apartment .

He used his savings to install a thicker door and sturdier windows, desperately trying to muffle sounds from over a dozen bars and clubs.

Dragic’s apartment overlooks a downtown street which is one of the hot spots of a European capital famous for partying after dark.

All drinking makes it impossible to keep your windows open for much of the summer, to rest or to spend undisturbed time in your home, he said.

“There’s so much noise that some neighbors just leave town or the street or whatever,” said Dragic, an engineer. 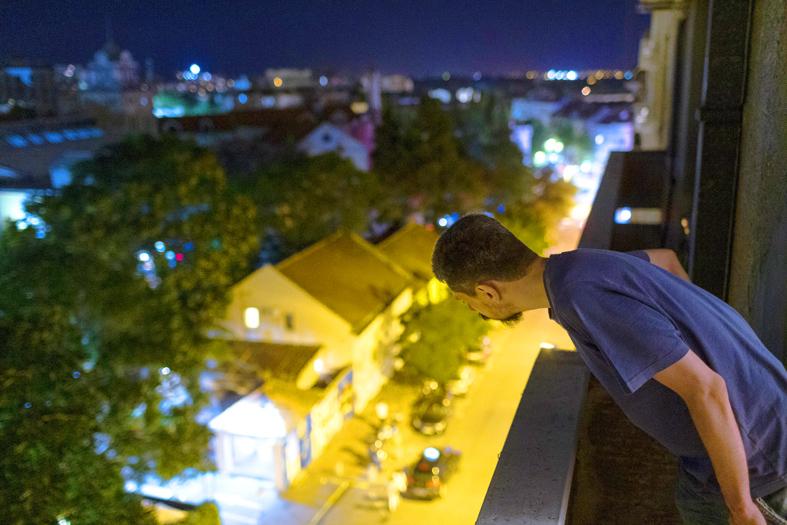 Residents of the city’s shopping areas have complained for years about the deafening noise from bars, nightclubs and nightclubs. Faced with the inaction of the authorities, some citizens’ associations have turned to the European Court of Human Rights, filing a case arguing that they have been exposed to torture and have seen their rights to family life and privacy violated.

Lawyer Marina Mijatovic said she took the case to court in Strasbourg, France, after authorities in Belgrade failed to respond to a local court ruling last month saying they had not done enough to limit the noise.

The European court has not yet decided whether to accept the case, she said.

“We are waiting for the [European] court to confirm the violation of rights and order Serbia to take measures to reduce noise to levels acceptable for normal life, ”she said.

City officials did not respond to interview requests.

The Belgrade authorities, after repeatedly promising to deal with complaints, have prepared new noise protection rules which envision a broader authority for a community police unit.

The director of the Association of Bars and Night Clubs, Misa Relic, said he was aware of the tension between residents and places of entertainment in some areas of Belgrade.

However, Relic cautioned against rushing solutions, saying the wrong approach in the wake of the pandemic restrictions could jeopardize what he described as the hallmark Belgrade tourist experience: clubbing.

While not new, the noise problem became very visible at the end of last month and early this month, as Belgrade’s nightlife exploded in force with a series of concerts, raves and of festivals.

Ana Davico from the Belgrade Noise Abatement Society said local government should follow the lead of other major European cities with vibrant night scenes that have encouraged and provided financial support for soundproofing equipment in nightclubs .

Instead, noise limits are not enforced, and in the decade since his group’s formation, the situation in Belgrade has only worsened, Davico added.

“We now have noise deposits all over Belgrade and a situation where existing regulations which provide a decent framework to solve the problem are not being implemented,” she said.

Citizen groups have collected thousands of complaints filed with the police, along with videos and recordings of the noise level, to support their case in the European Court, Davico said.

Noise is often much higher than the limits allowed by law, and cafes or nightclubs rarely use soundproofing equipment, although this is usually provided for in regulations, she added.

The noise problem on his street has driven down house prices, making it difficult for people to sell if they want to leave the area, Dragic said.

Although bars in central residential areas are only supposed to stay open until midnight, the noise they make before closing is unbearable, he said.

“What others take for granted, that they can rest or sleep whenever they want, depends for us on the bars and their guests,” Dragic said. “We never wanted to be the ones to determine what time they stay open or what kind of music they play, until it is heard in my apartment.”

Comments will be moderated. Keep comments relevant to the article. Comments containing abusive and obscene language, personal attacks of any kind or promotion will be removed and the user banned. The final decision will be at the discretion of the Taipei Times.